Should Rotarians argue against the burning of heather on grouse moors?

Promises and pledges made at COP26 are one thing, but if humanity is to get anywhere near halting climate change in future decades and limiting global temperatures to a 1.5°C increase above pre-industrial levels, major transformative actions are needed now. Such actions require the general public to willingly cooperate in making radical changes to patterns of their own consumption & lifestyle rather than just relying on a promise of future technical changes. There are two lifestyle changes, already happening among the general public, which could be critical to the success of many post-COP26 climate mitigation projects. One is a much greater appreciation of nature – its beauty, its capacity to transform through natural processes, its capacity to provide positive and meaningful employment – than was prevalent in the industrialised, urbanised populations of Britain during the last two centuries. A second critical change is volunteering becoming an essential activity for personal growth
and satisfaction. Isn’t it a pleasure to have helped someone, to contribute to your community rather just spending all one’s time acquiring material possessions for  oneself? Surely community cooperation will be at the heart of most successful climate mitigation projects?

It is not just people and society that will need to change on a broad scale. Positive change will also be required on the land on a massive scale – on a landscape scale.  There are some examples of projects overseas where this is already happening, the Green Wall of trees planted across the southern fringes of the Sahara to halt the  advance of the desert being one such example. However, RGBI covers a series of relatively small islands with generally high population density, so such landscape–changing projects are few.

One example of note is Langholm Moor. This is an example of where a small community has united to take control of its own environment. A brief summary of the project can be found at Langholm Community Buyout – Our Story of Hope (with captions 24 Nov 2021) – YouTube. Much more detail is available at the website www.langholminitiative.org.uk. 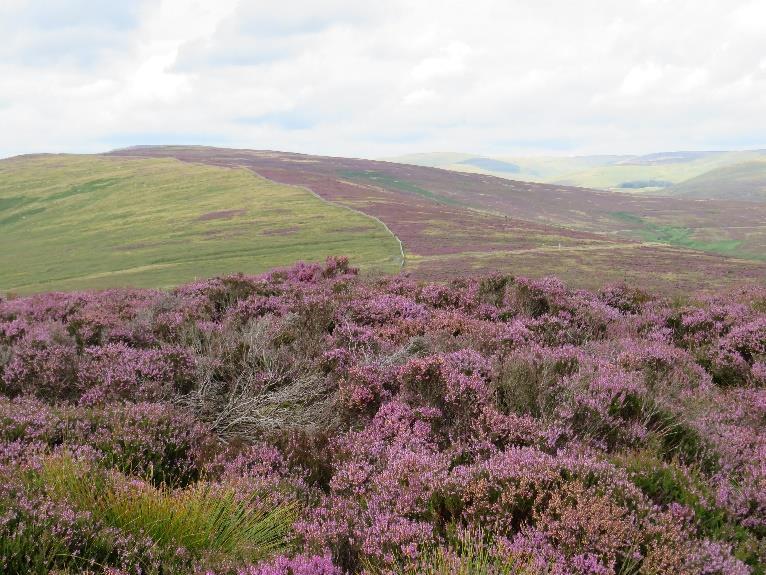 In the past Langholm Moor was a heather-clad grouse moor. In 1888 it was reported that a hunting party bagged almost 1000 grouse in two days. Such days are long gone, and in 2017 Buccleuch Estates abandoned an attempt to maintain the grouse shooting as an economically viable use of the moor. 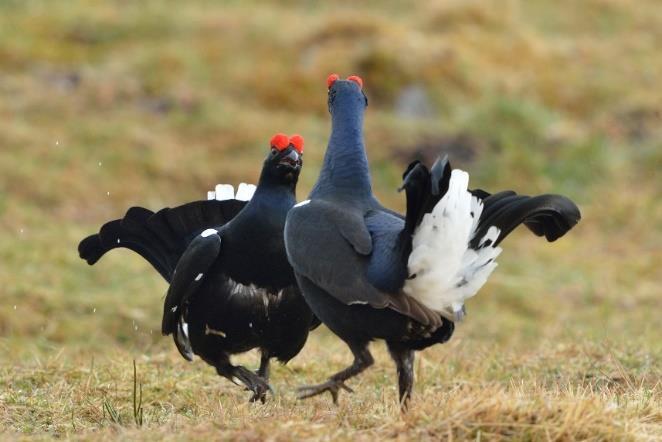 On 26th March 2021 it was announced that The Langholm Initiative had completed the purchase of 5,200 acres of land, which included 6 residential properties, from Buccleuch Estates. With community ownership secured, attention is now focussed on turning most of this former grouse moor into the Tarras Valley Nature Reserve. There are several aspects to this development, but perhaps the most important project components from the point of view of climate change is the creation of a native woodland through a combination of tree-planting and natural regeneration. Of greater importance is the restoration of extensive areas of upland peat, which are to be developed as a carbon store. Tarras Valley is also an important location for birdlife, especially hen harriers and other raptors, so nature tourism is seen as vital in order that Langholm Moor can be a source of revenue and employment for the local community.

These photos show Langholm Moor – past and future. Driven grouse ended in 1997 after a 5 year experiment to protect raptors on the moor. A later attempt to
continue grouse shooting was ended in 2017 when it was no longer economically viable for shooting to be the main source of revenue.

There is now more attention to outdoor activities [kayaking, walking, camping], wildlife tourism and educational development – schemes which will hopefully bring outside money into the Langholm community. Part of the attraction of this area is its status as a Site of Special Scientific Interest with a mosaic of upland habitats on the moor and also its status as a Special Protection Area for the endangered hen harrier and other raptors. Perhaps the greatest attraction though for Britain’s urban dwellers are the open spaces and tranquillity of a broad Scottish moor. Now is the time to take a holiday break here! 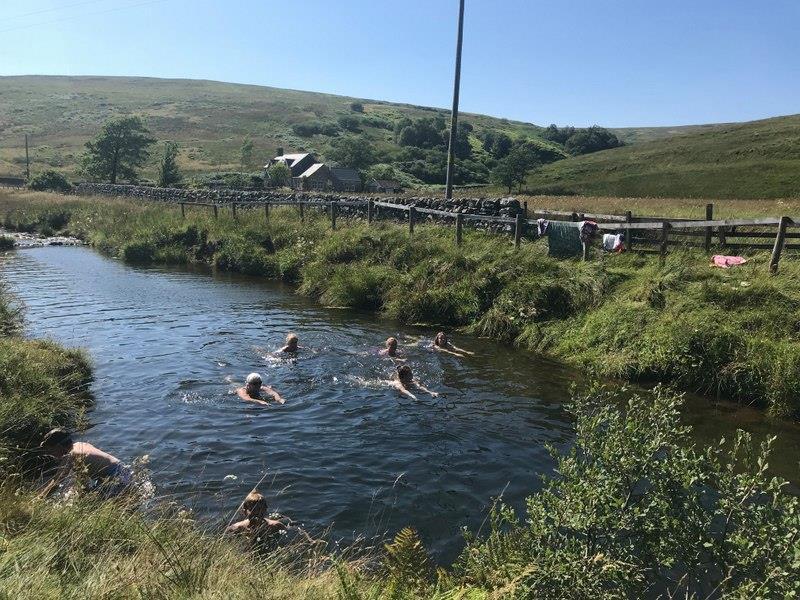 Matters have progressed in 2021, and Langholm Initiative has launched a second crowdfunding appeal to raise £2.2 million by May 2022 for a further 5,300 acres which will double the size of Tarras Valley Nature Reserve. The immediate need is for financial support from many, many well-wishers but the long term sustainability of this project will depend upon a volunteering spirit and cooperative action taken by future visitors to this quiet corner of Southern Scotland.

END_OF_DOCUMENT_TOKEN_TO_BE_REPLACED

Talking Point Have you had a conversation with the younger generation about their thoughts on Climate Change?