On the 9th December the ‘COP26 Afterthought’ article began with the following
words:

“MANY CAME AWAY FROM COP26, the UN climate conference, with a strong sense of disappointment. Activist Greta Thunberg summed up the  proceedings as more ineffectual “blah, blah, blah.” The final agreement and pledges made at COP26 fall short of curbing global warming to 1.5 degrees Celsius.  … However, several pledges . . . . suggest reaching 1.5 degrees is possible, even as the window to achieve it narrows. “COP26 is a step in the right direction,” Ursula von der Leyen, president of the European Commission, tweeted following the conclusion of the UN conference.”

After a visit to Glasgow to meet a couple of delegates and countless discussions before and since concerning COP26, the above paragraph neatly illustrates the wide
variations in expressed opinion about the conference. Were there any common themes though and mutual agreements in those discussions which I heard? I could easily be wrong, but I believe that there were at least two generally agreed ‘truths’. One was that COP26 was of limited importance: perhaps it was more than ‘blah’, but what really matters are the actions which humanity chooses to take after COP26. The second commonality in discussions was a suspicion about whether governments, the wealthy who benefit from ‘business as usual’ and other leaders will actually carry out their pledges and help establish a more sustainable way of living before climate becomes completely out of control. But what about us as individuals? What new actions are we taking post-COP26 as individual contributions in the global struggle against climate change?

As the 9th December article continues, it gives 11 positive outcomes of COP26 and establishes that the conference was certainly not a total failure, even if it did not
satisfy all the aspirations of environmentalists. However, the article then finishes with the intriguing question ‘what is missing?’

This may be a peripheral view, but I suggest that COP26 delegates seriously underestimated the capacity of the rural poor in Africa and Monsoon Asia to implement  projects which simultaneously benefit both the local community and environment. When I refer to ‘environment’ this means both local habitat, where local biodiversity  & environmental resources such as water are improved, but also the global environment and the common good as climate mitigation is a core part of such projects. Do  we have any examples of environmental ‘win-win’ projects which benefit both the local community and the planet? I suggest ‘Mikoko Pamoja’ , or ‘Mangroves  Together’ is such an example. This type of environmental project can be replicated a hundredfold, but are you and the wealthy of the world prepared to support such progress? Or is there more ‘blah’? 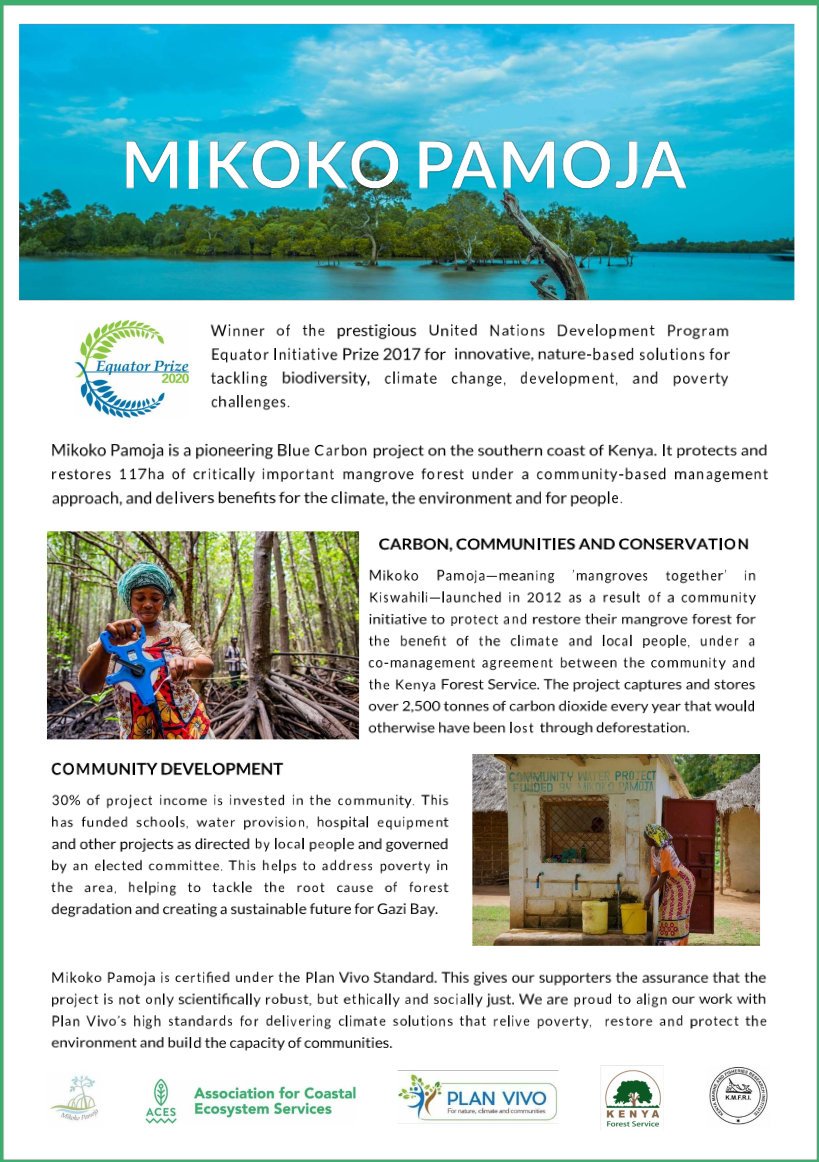