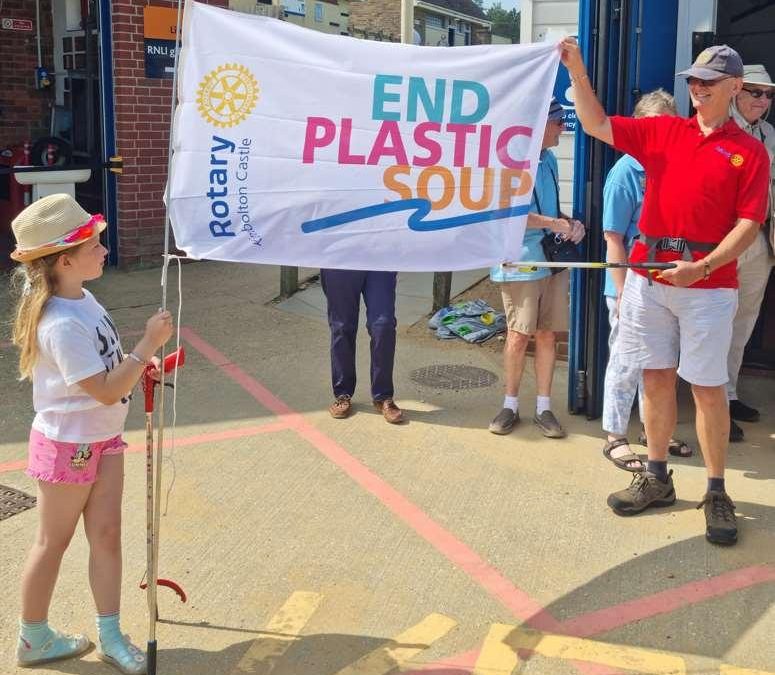 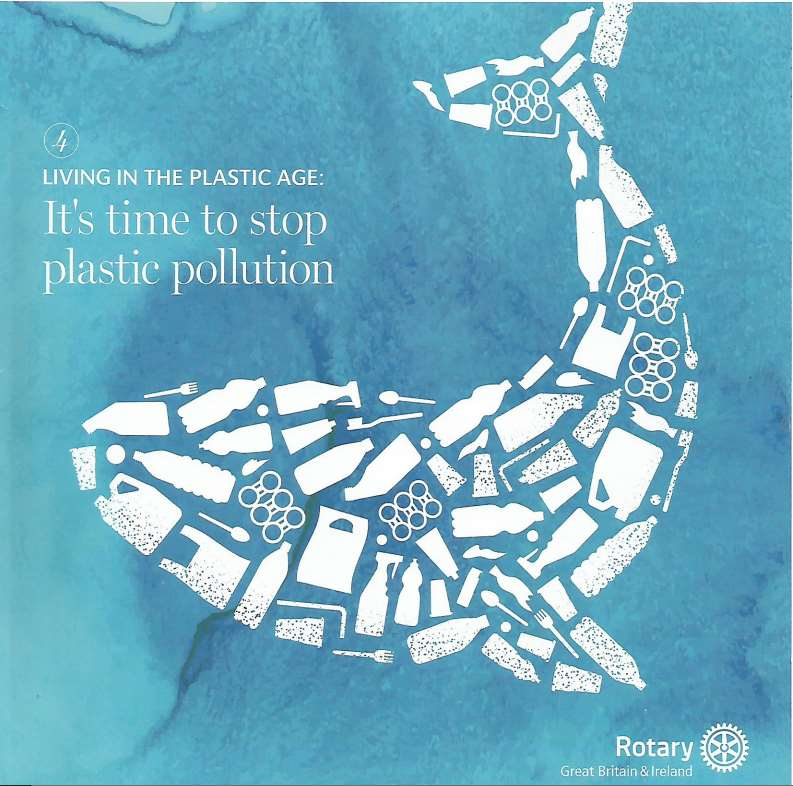 Rivers to the Sea, It Starts with Me By RTN Joel Weaver (Kimbolton Castle RC)
District 1070 began our journey to help the world address the challenge of plastic waste in 2019, when Dr. Geoff Brighty, the scientific advisor to Plastic Ocean, UK, spoke to us at the international team session of the district assembly that year. He then spoke to the larger group at the district conference in Southport later that same year. This topic was well received, and more interest spawned.
Plastic Ocean, UK, sponsored a superb film called, A Plastic Ocean, now available on Netflix and YouTube, which clearly outlines the most pressing challenge we all face with our rivers and oceans literally drowning in plastic waste. Some clubs have screened this film in their communities to help raise awareness, but more organization on this issue was requested by leadership in our district in early 2020.
In answer to this growing call for a more organized effort, the district started what is now called the Plastic Waste  Initiative with the themed title, Rivers to the Sea, it starts with Me. A group ofinterested Rotarians has been meeting to further this initiative every month since late 2020, and there are now ten Rotary clubs formally aligned to support this initiative. Top goals are community research and strong advocacy to help address this challenge of plastic waste, particularly in our rivers and the sea. These clubs now formally involved are Skegness, Alford and Mablethorpe, Lincoln Colonia, Rushden Chichele, St. Neots St. Mary, Huntingdon, St. Ives, Kimbolton Castle, Peterborough Ortons and The Deepings. Several other clubs are also considering joining this effort more formally in the future. Our group is concentrating on the Nene, Great Ouse, and Welland River catchments, as well as the Wash itself. The group has also formed strong partnerships with outside organizations. These are Plastic Ocean (now rebranded as Ocean Generation), Seatrust (US-based non-profit organization), the Rivers Trust, and potentially with the United Nations itself through attendance at the Conference of Parties (COP) 26 to be held in Glasgow at the end of this year. COP 26 falls under the United Nations Framework Convention on Climate Change (UNFCC). Our district now has formal agreements with all these organizations. Most recently, my own club, Kimbolton Castle RC, became the Rotary End Plastic Soup ambassador club for District 1070 and we are quickly spreading their good word of over 800 member clubs and effective projects throughout the world. The partnership team is growing quickly, and our plans are taking  shape. Our immediate goals are to support clubs with local initiatives designed to directly address plastic pollution and to raise public awareness to the problem. The district team will support the clubs in community research efforts and data visualization for increased visibility and to help spread the word. This effort fits nicely under the new district environment committee, chaired by RTN Chris Davies (Kimbolton Castle RC) and as you can see by the graphic included at the front, Rotary in Great Britain and Ireland is also moving out on this plastic waste challenge. We plan to grow our local efforts in parallel with that of the larger Rotary effort and hope this challenge might become as well- supported as the End Polio Now efforts have been for our organization over the past 40 years. The next meeting of the initiative team will be on 16 August at 6pm. If you are interested, please contact me at joel_weaver_37@yahoo.com to be invited to attend. I am also recording all our key meetings on Zoom, so you can view back these prior meetings to catch up on our learning curve. We can also assist you in setting up a screening of the film, A Plastic Ocean, for your own community, as
we did in Kimbolton in early 2019 (see the flyer at the end). The discussion you will stimulate is fantastic! Best wishes to you all in your efforts to fight plastic pollution. 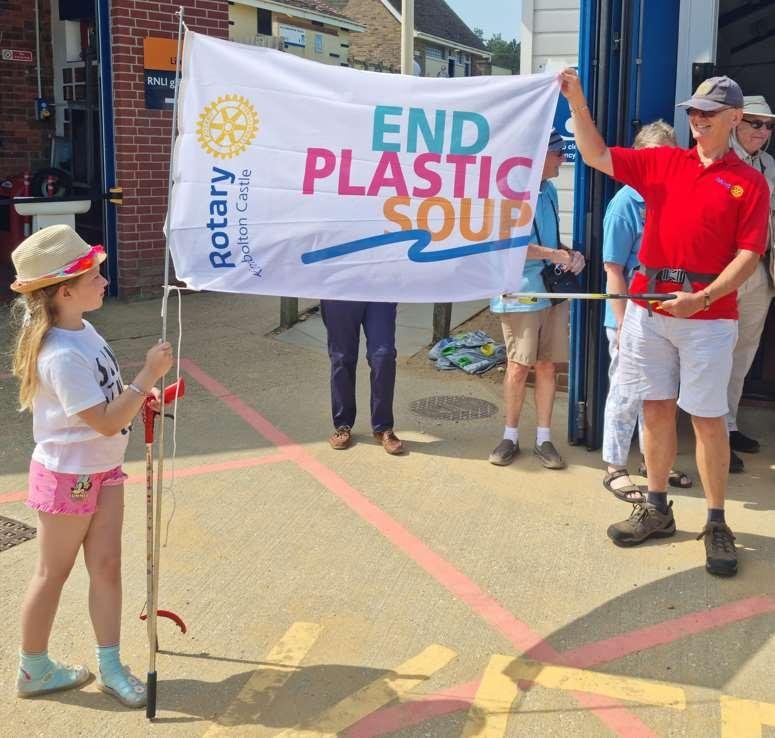 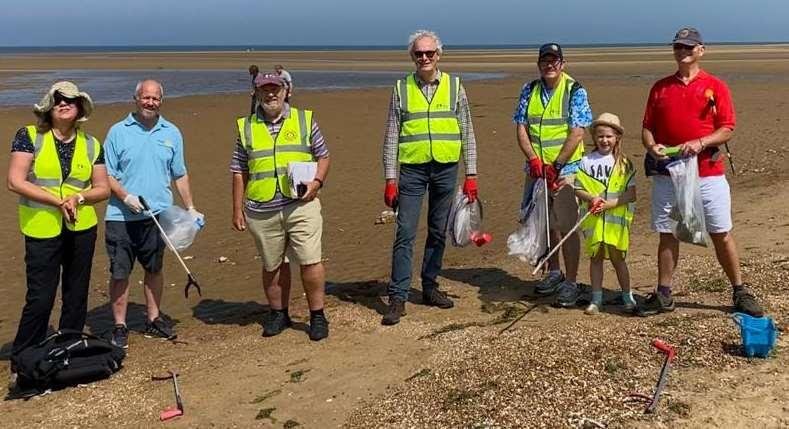 These photos are from our beach clean on 21 July 2021 with eight clubs, two districts and the Rivers Trust all taking part! 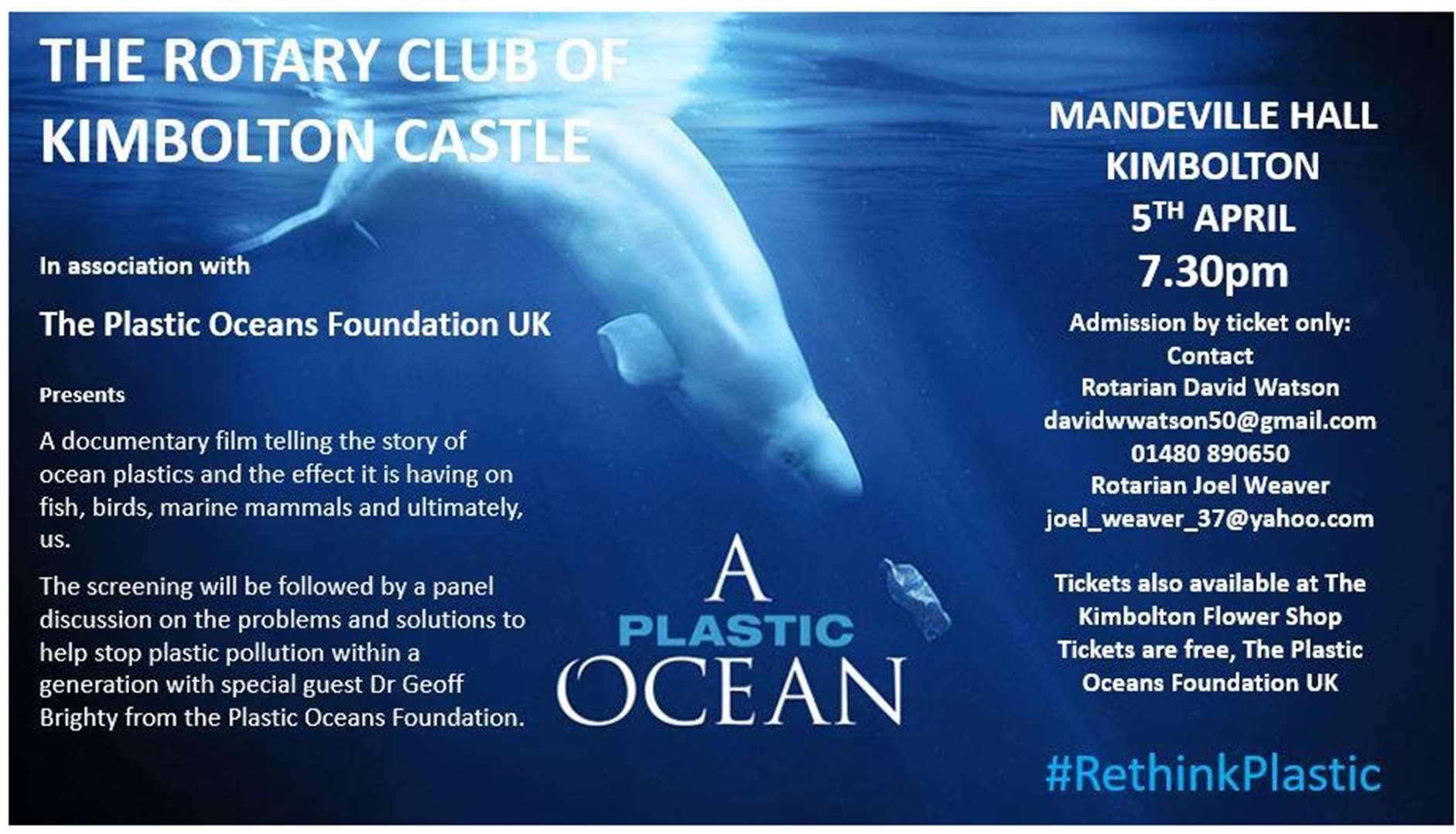