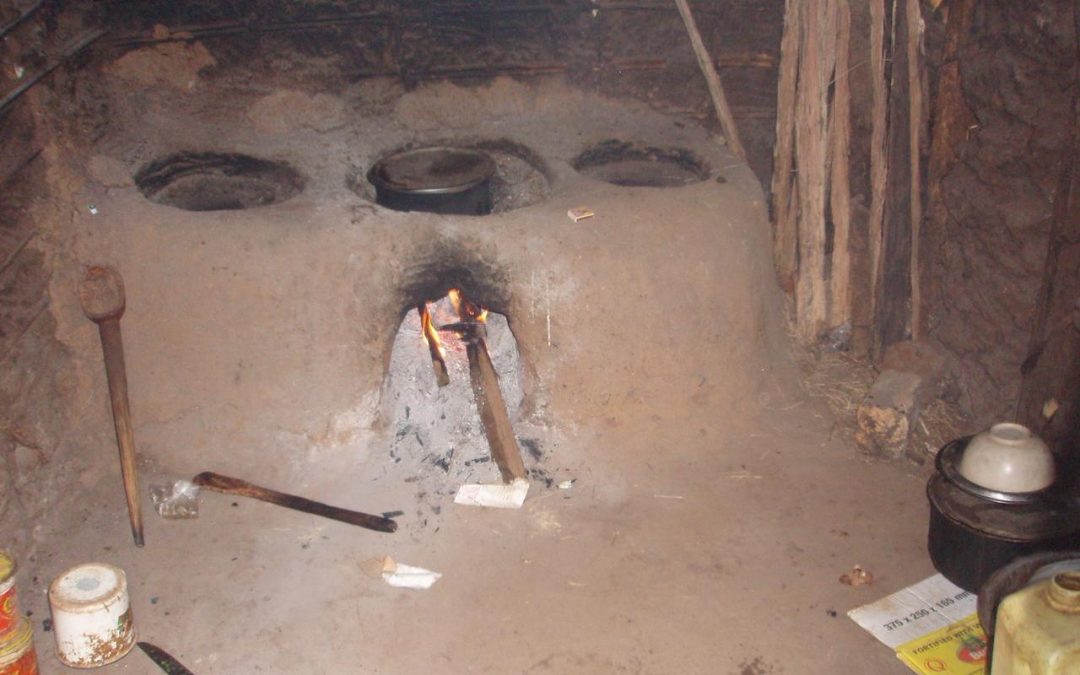 Wood and charcoal are often the only source of heat for cooking in rural Africa.  Ecostoves can greatly reduce the amount of timber needed for such purposes.

The customary way of cooking in these locations is the ‘3 stone method’ where the cooking pot is balanced on three large stones over an open fire.  This is a very inefficient way of cooking as the majority of heat produced simply escapes into the surroundings while producing large quantities of very unhealthy smoke.  Thus, ecostoves are an excellent example of projects concerned with women and their children’s health as well as saving trees from destruction.

The basis of ecostoves is using wood fires in an enclosed space, thereby generating sufficient heat for cooking but using less than half the wood previously required.  There are various designs available to suit different local situations, but generally they are made of cheap materials [bricks, mud etc] locally available.

Two Rotary clubs have projects to address this problem, Abingdon Vespers and Norwich

Here is a report from  Abingdon Vespers Rotary who are running a project to promete such steves in Mubende District,Uganda.

Families in Uganda like those in other parts of Africa, Asia and South America cook their meals on open fires using firewood or charcoal. Due to high population growth, the country is becoming more densely populated. This leads to pressures on land for farming, forests diminishing and firewood  increasingly hard to come by. We found that the women in rural areas are now spending up to 5 hours daily to collect a bundle of firewood. In addition to the time and effort involved, this exposes them daily to the risk of sexual harassment.

Cooking on open fires in smoke-filled kitchens is also very unhealthy. The World Health Organisation reckons that the smoke produced in one hour equals that of 400 cigarettes. It is the main cause of eye and lung disease and it damages the development of unborn children.  Also cutting down trees has a detrimental effect on the environment by reducing water retention, increasing soil erosion and diminishing rainfall.  For all these reasons a more sustainable energy solution for cooking is a necessity for 3 billion people in the world.  For people to accept a change to their daily habits it is important that the solution is practical, affordable and maintainable.

We came across the existence of traditional African stoves which use up to 66% less firewood and greatly reduce the amount of smoke from cooking. People had largely forgotten about such stoves, possibly because so many lives were lost during periods of political upheaval.  The stoves are made from free local materials like dried grass, various kinds of soil, ash, saw dust, sweet potato leaves, water and cow-dung. These are mixed together into a kind of clay from which the eco-stove is constructed. Banana stems are used to keep the smoke-channels and the seats for the pans open during
construction. Once formed, the stove needs to dry slowly before the final shaping of the fire-openings and pan stands. This takes about two to three weeks. https://youtu.be/iBHfvPXiyco

Construction requires a fair amount of physical effort, but with a trained person on hand, most people can build their own stove. Once finished, several pans can be cooked simultaneously with one fire. The fire burns evenly and efficiently. There is less smoke and less risk of burns. The fire needs little attention, so that other tasks can be carried out during cooking. There is no ash in the food. All the people we met were happy with their eco-stove and would not want to go back to open fires. The time women save by having to make only 2 instead of 6 wood-gathering trips adds up to 60 days a year. This time and energy could be used to make bio-briquettes from harvest or food waste, thus reducing the need for firewood even further.

There may be other more sophisticated stoves on the market, but most people cannot afford them. As semi-subsistence farmers, they are very short of cash. We know from our work with microcredit farmer groups that saving just £2 a month is a struggle. The beauty of the mud eco-stoves is that they cost only labour and can be repaired just as easily without the need for spare-parts or technical assistance, which are often unavailable in rural areas of developing countries.

Once a group of families in a village is using an eco-stove, neighbours want them, too. This snowball effect has led to 2000 eco-stoves being built in one year. Instruction leaflets have been produced and radio time bought to further spread awareness. Mubende Rotary Club and KYOFA Youth Association also organise awareness raising events.

But eco-stoves are not only needed in homes. They are also needed in schools. In Mubende District alone 200,000 school meals a day are cooked on open fires in school kitchens, devouring masses of firewood.  Planting new trees is necessary, but they take time to grow. Fuel saving eco-stoves have an immediate effect on saving existing trees and will allow newly planted trees to grow. So, both actions are needed to combat climate change.

Under the Learning 4 Life School Development Project we have constructed a bigger version of eco-stove to accommodate the huge pans used in schools. To date 30 stoves have been built at schools at a cost of £200 per school. It needs a team of 2 trainers and 3 local workers making 5 trips to the school (which involves renting a motorbike) to complete a stove. The local people are trained on the job, so that they can become the new trainers in their communities. Support is needed to expand the program to more schools.

Please help by adopting a school.
$300 will cover the cost of labour, transport, chimneys and some new trees. The developed world is the main contributor to global warming. Sub-Saharan countries have contributed very little, but they will be the first to suffer the consequences. It is only fair that we give them support to help themselves.

Find out your carbon footprint by using the Rotary lifestyle calculator and the flight calculator on the website of https://www.esrag.org/reduce-our-ecological-footprint . It is fun and you will be surprised at the outcome! 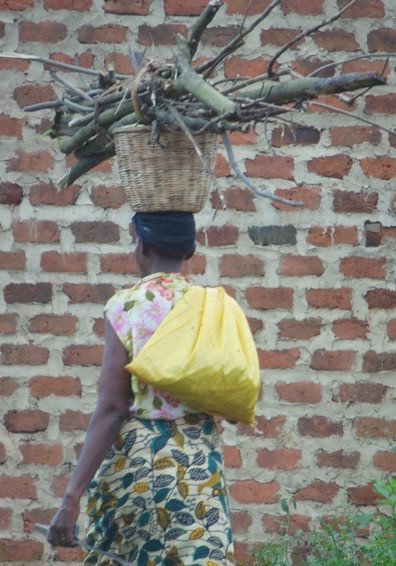 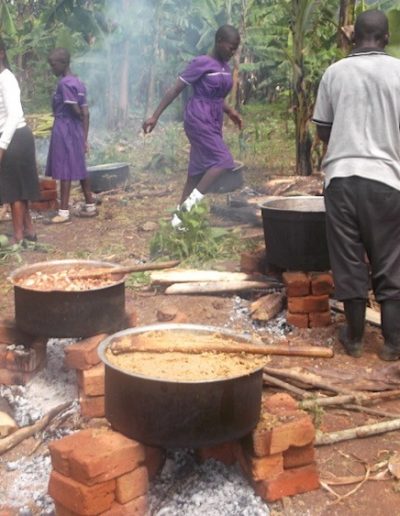 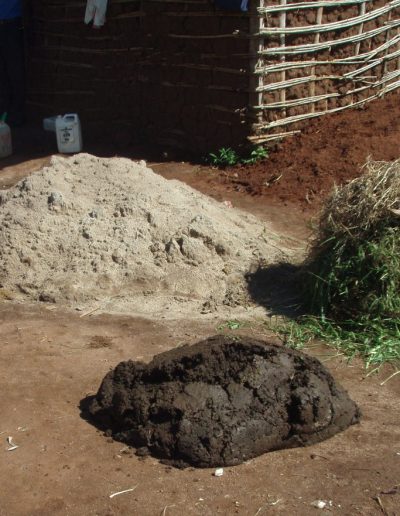 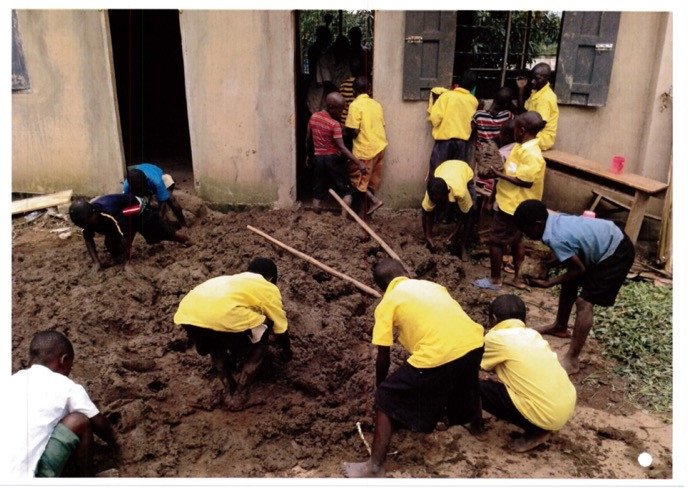 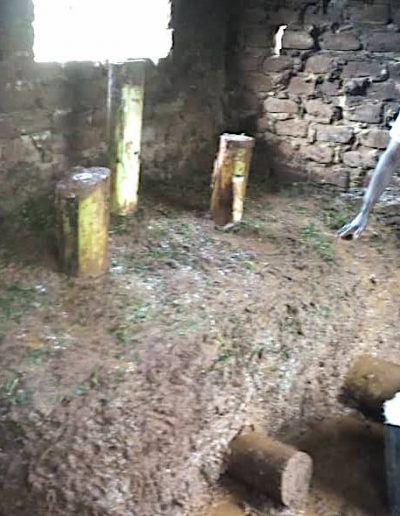 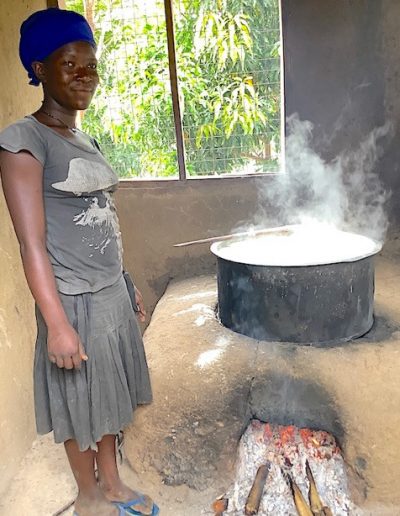 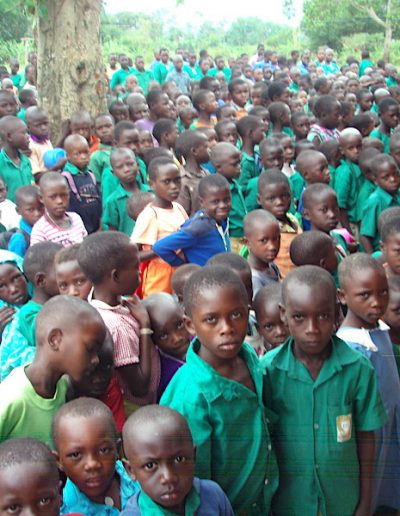 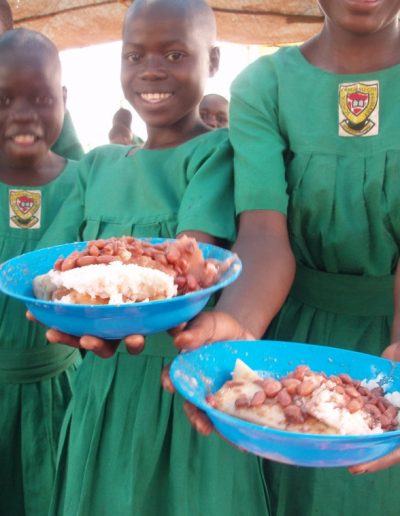 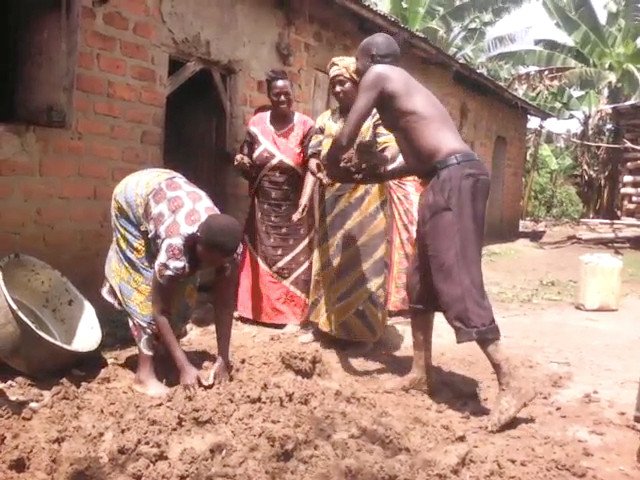 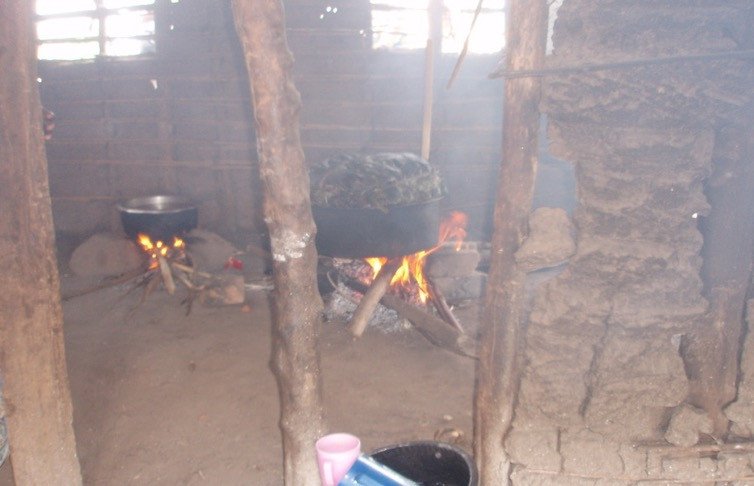 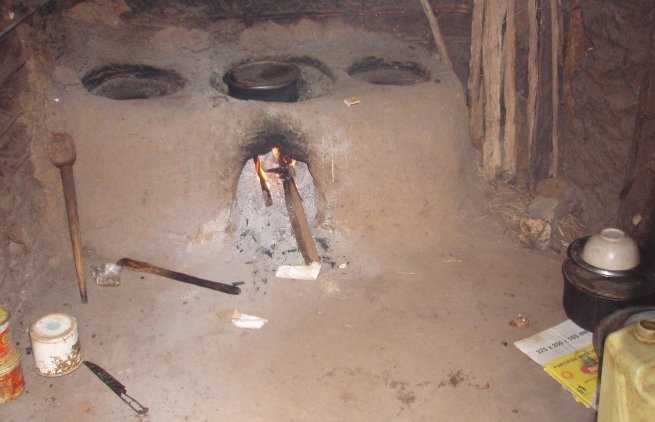 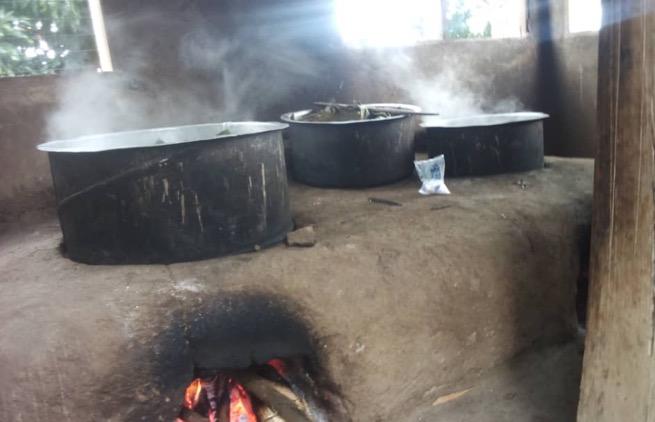 Cooking on an Eco Stove 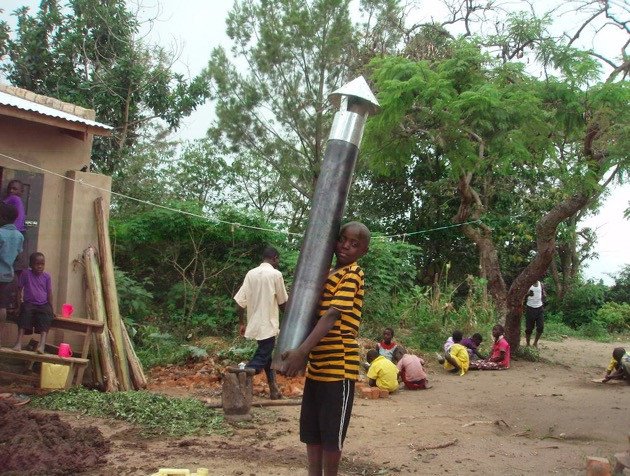 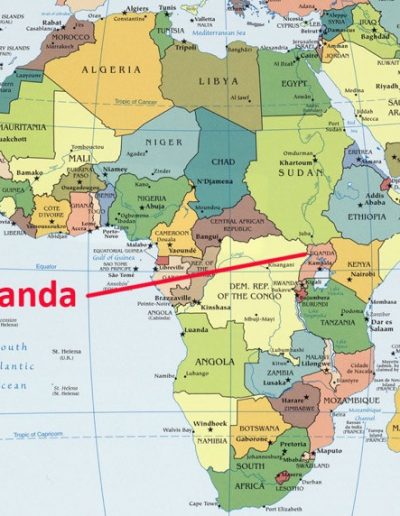