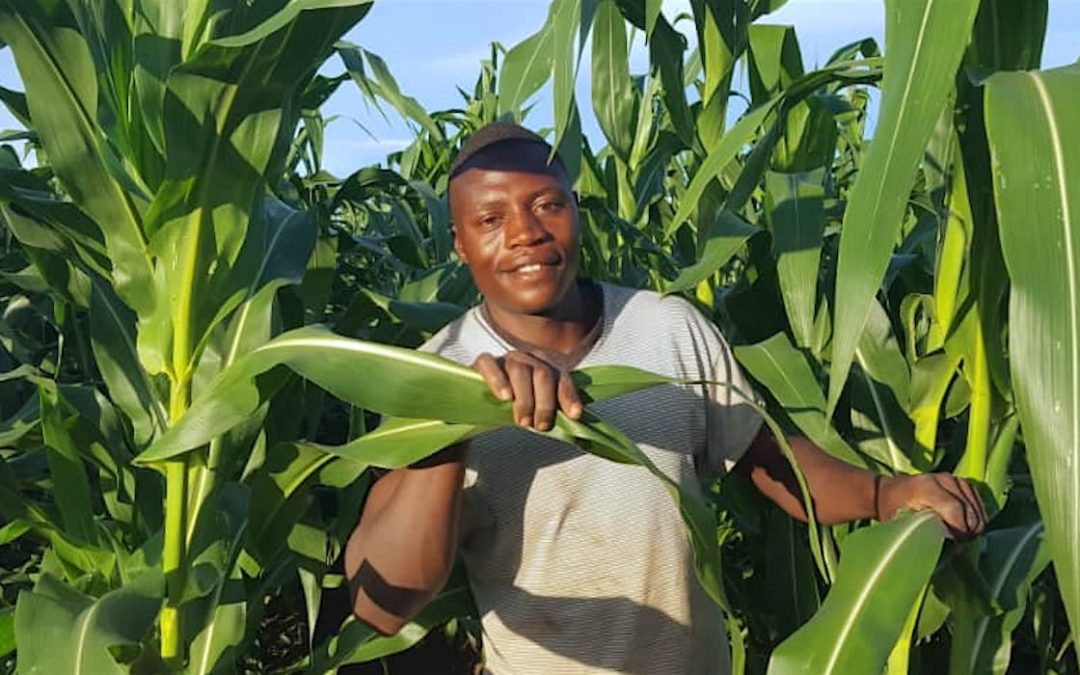 A quick examination of this ESRAG GBI Chapter website will establish that within RGBI there are scores of environmental projects with thousands of rotarian active participants working in a great variety of causes.  There are climate mitigation, tree, flora & fauna, anti-pollution, recycling, energy conservation schemes- and a whole lot more.  Is there anything missing from this array of projects?  My answer to this question would be ‘soil’.

As far as we can see from the projects on this GBI site, soil conservation is not a priority for Rotary.  Yet good quality soil is needed for most of the world’s food production, and improved soil fertility is essential if humanity is to successfully deal with the twin threats of global climate change and an ever-increasing population.

We know of one programme which has soil improvement as its core mission.  This is the work of Tiyeni.org, who are sponsored by Ringwood Rotary Club. The following is a summary of the benefits of the Tiyeni programme.

Healthy soils benefit us all by providing more quality food and capturing carbon from the atmosphere. African deep bed farmers restore soil fertility and double their harvests with fewer artificial inputs. The deep bed farming method (DBF) has been developed by Tiyeni.org, a UK-registered charity working with smallholder farmers in Malawi. DBF is a game changing technology that more than doubles agricultural yields in the first year of adoption and improves soil health offering multiple benefits for both farmers and the environment including impacts that reduce atmospheric CO2 to reverse climate change while also making fields less prone to flooding and erosion so that farmers are more resilient to the impacts of climate change and making farmers livelihoods more secure.

Dealing with the effects of climate change:

Tiyeni’s methods help farmers deal with the effects of climate change, by making crops and soils more resilient and retaining and storing water underground far more effectively during hot and dry periods. This becomes increasingly important as the effects of climate change in Malawi are felt in the increasingly unreliable rainfall patters. In the past, once the ‘wet season’ started, it would continue throughout the crop growing period. However, now it is noticeable how after this rainfall pattern is interrupted by a two to three week dry spell, at the critical stage of crop growth.

Deep Bed Farming (DBF) combats this challenge to good crop growth by increasing the amount of water held in the soil and sub soil, reducing the surface area of the soil (thereby reducing evaporation), increasing the depth of the growing medium (the soil), covering the soil surface with mulch (keeping it cooler and further reducing evaporation), adding compost at different stages (enhancing the quality of the soil and its structure to hold more moisture), planting companion and ground cover crops (to further add to the above components).

However, there is also widely published evidence that soils, properly treated and respected, can directly help mitigate climate change too. They can absorb and store large amounts of carbon, extracted from CO2 in the atmosphere, via the plants and other organisms they support. Plant cells in leaves, stems and roots are built from carbon, and when the roots penetrate more deeply into the soil, which is the fundamental aim of Tiyeni’s farming practices, they carry carbon down with them where it stays underground. Furthermore, we encourage farmers to use plant residues as mulch and as organic matter to feed back into the soil, rather than burning them off according to traditional practices.

A study of the impact of Deep Bed Farming (DBF) on hunger among 560 Malawian farmers demonstrated that families using Deep Bed Farming (DBF) consume an extra meal per day compared to farmers growing crops conventionally. These farmers experienced an average increase in crop yields of 146 percent rise in crop yields that is, yields were roughly two and a half times what they were before adoption of DBF. All farming families in the group eradicated severe food insecurity within six years.