What a Wonderful World festival

Everyone’s welcome – and you can expect 4 days of incredible events and activities spotlighting wonderfully creative solutions for a greener, safer future.

The festival takes place around Alnwick Playhouse and The Alnwick Garden and features brilliant speakers, guests and performers – including BBC Countryfile’s Tom Heap and comedian Kate Fox, as well as young people from the local area.

Langholm Moor is a community ititiative to develop a nature reserve of 5200 acres in the Tarras Valley in southern Scotland.  This will involve tree planting and a developing a school education and volunteering programme.  There are plans to double its size.  This project presents the opportunity for Rotary to get involved in a large scale project in the UK.  More details

Rewilding project for 500,000 acres of Highlands

Read about it at https://www.bbc.co.uk/news/uk-scotland-highlands-islands-58663615 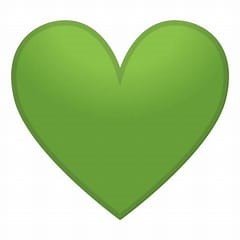 Some environmental thoughts for Valentines Day 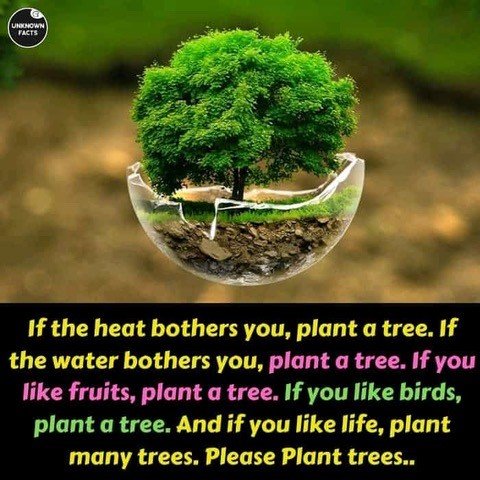 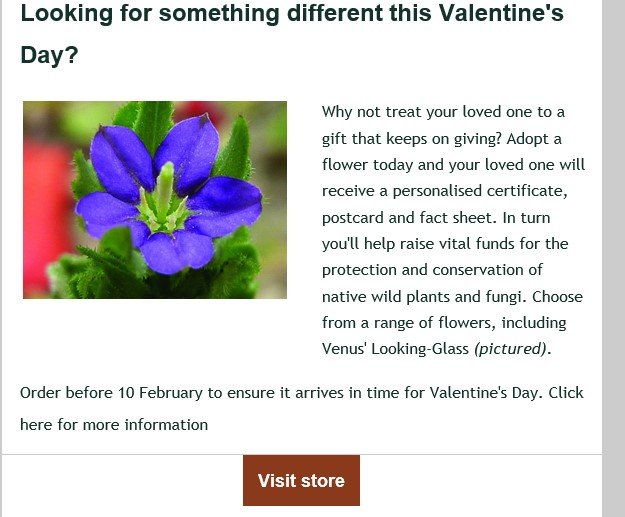 This suggestion for a present is from Keith Bruce

If you can drink water
And not throw away the bottle

If you can tend your patch of green
With concrete unseen

Then human , you have a life and humans you have hope.

Ian Coult from Godalming has this suggestion for an alternative gift

My wife loves cooking and gardening and we have started to consiously thing about the small gifts that we take when visiting friends or for birthdays and similar celebrations.  Instead of buying items in shops we try to take something cooked or a plant cutting from our garden.

We find that recipients appreciate it more when the gift has taken time to produce. So greeting cards are now more often cards produced at home with our own artwork or copies of photographs we have taken.

The carbon footprint goes down but people’s appreciation goes up.

Speak up for our Planet – Three terrific talks in three months 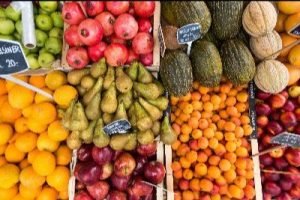 Our speaker, Christian Reynolds, is a global expert on sustainable food, food waste and local supply. He is an academic with a wry smile and a sense of humour, and we are extremely honoured that he has agreed to share his knowledge with us. Don’t miss it. 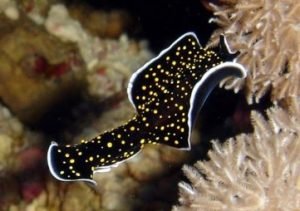 Dive into the World of Oceans

Our speaker, Gloria Barnett, is an oceanographer, photographer, writer and general super-enthusiast for the sea and everything that lives in it. Join us for some amazing facts and to understand more about why we need to look after the ocean.Click here for details of her talkThe Zoom link is here:Topic: Dive into the World of OceansTime: Mar 30, 2022 07:30 PM London Join Zoom Meetinghttps://us02web.zoom.us/j/88653435990?pwd=a21aR2xVOUVRK3M3NGdocHExcFdPZz09 Meeting ID: 886 5343 5990Passcode: Weirdfish 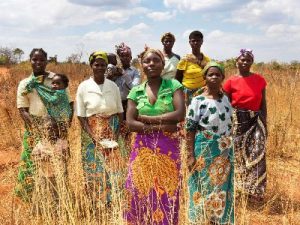 Our speaker, Malin Rosenkvist is an international development expert and passionate advocate for gender equality. She will share her first-hand experience of the devastating effects of climate change on women in Malawi and Zambia.

She will also reveal some ways in which her organisation Microloan Foundation is enabling them to become more resilient.

The zoom link is here:

“At ShelterBox, we share Rotary’s passion to protect the environment. Every day, we see the impact of the climate crisis on communities around the world.

Treekly is a smartphone app.  Read here about District 1080 interest in it.

A few of you will be aware of this smart phone app, developed and promoted by some Norwich based business people who are environmentally aware.  There is a connection with London District 1130, who have decided to adopt usage throughout their District as a means of securing greater engagement from Rotarians in activities that are environmentally sustainable.  DG Ian and his Norwich Blackfriars Club have decided to use the app and I understand that John has agreed Cambridge Club will do likewise.  The proposal is to use the app once it has been modified for use by Rotary Clubs and members, embedding a Rotary logo and providing datasets to us in the Environment Team for review. I encourage you all to look at the Treekly website www.treekly.org and if so minded download and trial the existing free app.

Three Middlesbrough clubs are working together to create an avenue of trees alongside the river Tees at the upper end of its commercial navigable length. This is principally to celebrate publicly the Centenary of our first Middlesbrough rotary club (November 1921) but will have a number of potential spin off benefits. We have obtained two District grants of £500 after each club twice contributed £250 and have individual sponsors at £45/tree for approximately forty trees. Thus far working with a fellow Rotarian in Stokesley who has a tree nursery (David Hill), we have purchased 150 trees over 40 of which are growing art his premises. We have the promise of a little over 400 saplings from the Woodland Trust late this autumn and have also purchased 4000 bulbs for interplanting and naturalising plus this year’s purple for polio corms. We intend to involve children from primary and secondary schools in the process. Planning permission has been granted and planting will begin in October, we have the active support of Middlesbrough Council and its elected Mayor Andy Preston whose talk to Erimus provided the seed for our initiative. I have now linked up with both the port, my former colleagues in Tees Bay Pilots and the North York Moors National Park all of whom have either promised support or donated funds.

Going forward if Stockton and Redcar and Cleveland Councils are willing to participate the ambition is to plant trees along the length of the Teesdale Way and newly opened national Coastal Path both of which share the same surface. This would create a green ribbon across former industrial land and hold the potential to include street furniture displaying and themed on our industrial past. It seems to me important that whilst we move forward to a greener future we also celebrate the work and achievements of earlier generations and place them into context alongside. This latter would of course be a significantly longer project

Now that the dust begins to settle, after the intense negotiations in Glasgow, more sober analyses of the new Glasgow Climate Pact begin to pour in. From McKinsey arguing that “the climate commitments launched in Glasgow will reshape the agenda for global business,” to Greenpeace recognising that “a signal has been sent that the era of coal is ending.” History will be the Pact’s ultimate judge, but from the EU’s perspective, I am convinced that COP26 was an important step in the right direction, in some areas even a breakthrough, opening precious opportunities for progress in the fight to stop climate change. Seizing these opportunities is by no means guaranteed upfront, and will require close monitoring and significant investments, as well as international cooperation and, where necessary, diplomatic pressure. But, if we look at the entire package that 197 countries agreed on, the glass is more than half full.

At the beginning of the conference, President von der Leyen set out three key priorities: showing more ambition on mitigation, completing the Paris Rulebook and boosting climate finance. On each of these counts, important progress was achieved.

First, on the call for stronger commitments to reduce emissions during this ‘crucial decade’ and to keep global temperature rise to 1.5°C there was considerable movement. From the projected 4 degrees we faced before Paris, and the 2.7 degrees before Glasgow, we have now edged towards two degrees, and even below according to some more optimistic, yet credible observers. Even more important, we managed to secure a credible process to aim at 1.5° C within, e.g. by reaching an agreement on the need to strengthen 2030 reductions plans already by next year. In Glasgow, Paris went into higher gear. And despite the last-minute backsliding on the wording, the text does – for the first time – reference the need to scale down coal-fired power generation and speed up the end of fossil fuel subsidies. It goes without saying that the international community must do far more in this next crucial decade to safeguard our future. The EU will therefore pursue our efforts in climate diplomacy, to bring major emitters on board and increase their ambitions, to ensure that the 1.5 goal becomes a reality. These efforts start now.

Secondly, good news came out of the negotiations on the Paris Rulebook, where agreement was finally reached on Article 6 and the rules of international carbon markets, as well as on the transparency of reporting on greenhouse gas emissions. These developments were six years in the making, and I’m especially proud of the EU’s role in bringing about this result, which will further global cooperation on emission reductions. The importance of this should not be underestimated. It will channel green investments into the race to net zero, in a manner that is environmentally sound.

Finally, and in spite of justified disappointment by developing countries on the slow pace towards the $100 billion goal, COP26 also marked progress on climate finance, notably for adaptation. Not only did developed countries confirm their commitment to reaching the $100 billion goal a year as soon as possible (and the remaining gap is sufficiently small that reaching the goal in 2022, rather than 2023, is a real possibility). They also committed to doubling their collective provision of adaptation finance for 2021-2025, going towards a balance between mitigation and adaptation, as well as on a process for long-term climate finance beyond 2025. In this context, with our contribution of some USD 27 billion in 2020, the EU and its Member States are already the largest provider of climate finance. At the COP, Commission Executive Vice-President Timmermans announced that the EU would contribute, for the first time ever, €100 million to the UN Adaptation Fund. In other words, we do our fair share.

The EU was also very active outside of the negotiations. Our team was busy organising some 160 side events, showcasing how all sectors of European society and industry are engaging with climate action. 1,400 expert speakers and 400 different organisations contributed to our new hybrid platform that allowed for dynamic discussions in Glasgow, Brussels and online, open to all. You can still catch up on all the events by logging on to www.cop26eusideevents.eu. The EU was also instrumental in launching the Global Methane Pledge with the US to cut methane emissions by 30% by 2030; the Just Energy Transition Partnership with South Africa; the €820 million EU Catalyst partnership will Bill Gates and the EIB to accelerate the clean energy transition with funding for innovative technologies, and an EU pledge to spend €1 billion over five years to protect the world’s forests.

Our international leverage depends to a large extent on what we do at home, in Europe itself. We therefore must continue to forge ahead with the green transition that was launched by the European Green Deal. You can read about the latest advances we have been making in the most recent Climate Action Progress Report published earlier this month. Our future progress will also depend on our ability to develop innovative projects into real-world low-carbon technology. The Innovation Fund is one important way in which the EU is seeking to accelerate this process. In Glasgow, I was pleased to present the first three grants from the Fund to small-scale projects that will help decarbonise glass production, supply innovative renewable heating for industry and capture CO2 through water. Furthermore, this week we announced the results of the first-large scale call, which will see € 1.1 bn of funding go to seven projects to decarbonise energy-intensive industries and develop renewable energy.

As the past weeks have shown, the urgency of acting on the climate crisis is only growing. We have to make more headway in this decade. I am sure that together we can live up to these expectations.